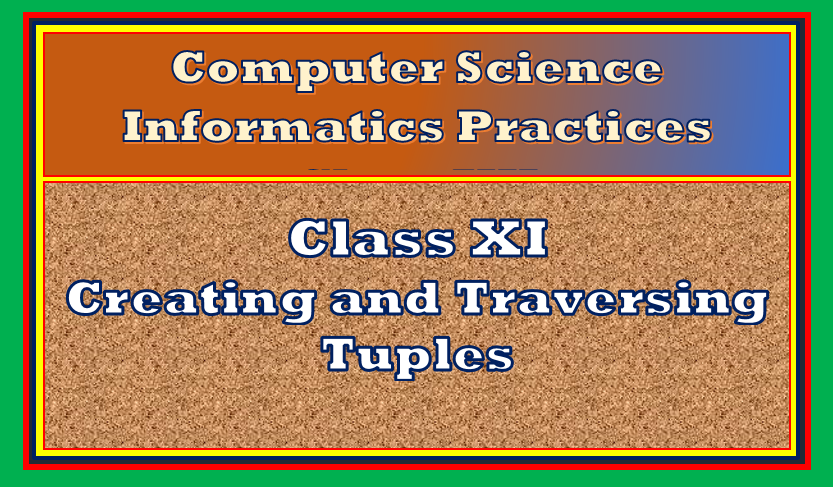 Let’ start the article with introduction to tuples. Tuple means that set of values of a specific sequences. It is considered as a standard data type that store any sequence of values of any type. As you know tuples are immutable i.e. you cannot change the elements of a tuple in place. Python creates a new tuple whenever any changes made to them.

To create tuple, put all the values inside parenthesis i. e. moon or rounded brackets. You can create tuples in following ways:

As we have discussed, tuple are created using parenthesis. You can create an empty tuple like this:

Where t is a tuple object like variable, = assigns empty values with ().

The tuple which has integer values are considered as tuple of integers. The example is something like this:

You can create a tuple with single element without brackets also. For example,

The tuple can have mixed numbers including integers and floating numbers. Consider the following example:

A tuple can also consists of mixed values including integers, characters and strings. For example,

A tuple can have another tuple as an element is known as nested tuple. Consider the following example:

You can use eval() function to create a tuple of values entered by user.

Now in the next section of Creation Traversal of Tuples Class 11 we will see how to access the elements tuple and work with them. As like lists, you can access tuples in the following ways:

As like lists we can access tuples using forward (Positive) Indexing, backward (negative) indexing, and looping. Look at the following examples:

The tuple can be accessed through slicing as like as lists. For example

Now you know very well how to use membership operator in and not in for accessing values from the tuple. Consider following example:

In the next section of Creation Traversal of Tuples Class 11 we will talk about tuple concatenation.

It is also known as joining the tuples. Have a look at the following example:

You can replicate the entire tuple values using * operator. Look at this example:

That’s all from Creation Traversal of Tuples Class 11. I hope you understands the concept very well. If you have any query or doubt, feel free to ask in the comment section.

Thank you very much for visiting our blog.