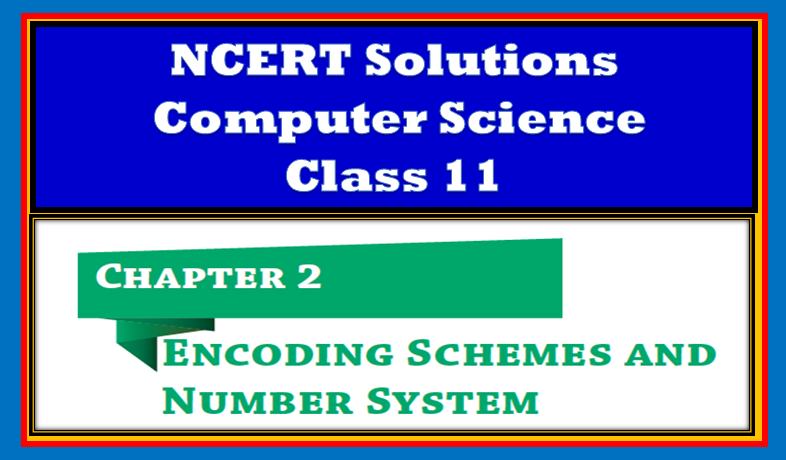 In this article, I will provide Chapter 2 Encoding Scheme and Number System Class 11 NCERT Solutions. So let’s start1

Let’s start the solution of the encoding scheme and number system class 11 with basic questions.

If you are looking for a calculator to check the conversion follow this link: Rapid tables

To read the complete study material of Class 11 Computer Science, follow this link:

If you are looking for the quiz of computer science class 11, follow this link: