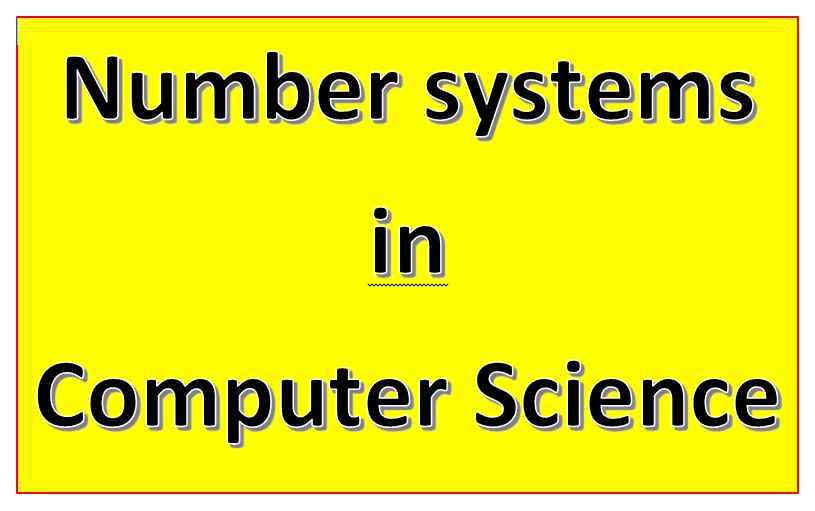 The number system is very useful to represent data with specific symbols and digits. Data representation can be done through numbers. So we can say, it is a way of using numbers with relevant symbols to work upon data. There are three main properties of the number system.

There are four types of number systems computer science class 11.

You can convert a number from one system to another number system. There are two methods used for the conversion of numbers.

The fractional part conversion is quite simple to convert. Follow this method to convert:

Now you convert octal to decimal, hexadecimal to octal and vice versa…

There are some shortcut methods also used to convert octal to binary and vice versa.

You can refer to this tutorial also for the same purpose.

As in a Binary system, only 0s and 1s are used to represent the number, addition rules are as follows:

Use this calculator while doing addition: Click here to open the calculator.

Thank you for reading the post. If you have any doubt or queries do not hesitate about it. Post your doubt or query as a comment. We will respond to your comment as soon as possible.

Thank you for reading, enjoy learning!!

What is number system in computer science class 11?

What is number system in computer system?

What are some number systems used by computers class 11?

According to the syllabus of computer science class 11 you will learn four number systems:
1. Binary
2. Decimal
3. Octal
4. Hexadecimal

What is decimal number system class 11?

The decimal number system class 11 refers to the number system which we are using for calculation and presenting numbers wherever applicable. Its using 10 digits ranging from 0 to 9, So it has base 10.